The Loveliness of Spring 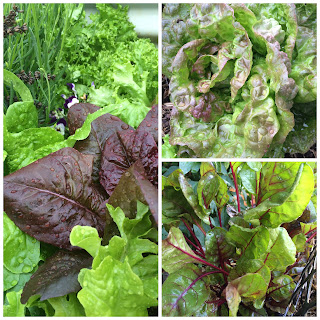 Spring and Autumn are my favourite seasons.  Not quite hot, not quite cold and certainly not boring. Our changeable weather here in Melbourne (famous for four seasons in one day) has been in overdrive.  We've had the most beautiful spring days with gentle warmth and bright blue skies and then a day later we have endured the most torrid of storms with flooding and unfortunately for some, damaged property.  I came into work this week to find that overnight the rain had flooded the gutters on our large factory roof and landed on the suspended office ceiling of plasterboard tiles.  As you can imagine the plaster absorbed the water until it couldn't and then it just collapsed onto the carpet below.  What a mess.  Since it was still raining  it was far too dangerous to send someone up there for repairs, so i watched the rain drops literally falling into the office.

But hey, its got to rain sometime right?  It would appear (from my observation and all your blogs) that everyone's gardens are flourishing, with weeds, grass, flowers and veggies.  The not so distant roar of lawnmowers has returned to disturb the quiet of weekend mornings and Tom's hay fever is constant. 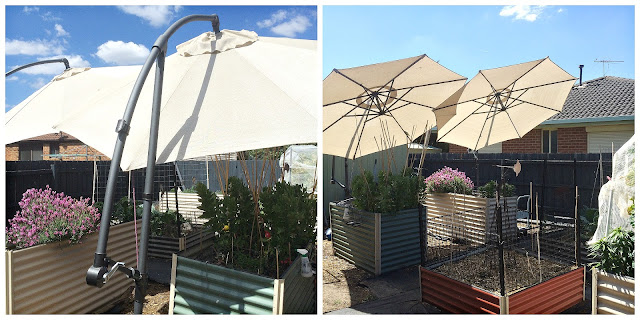 While the current weather is changeable, we all know there is a long hot summer coming.  I was in Bunnings when i spotted one of these large extended garden umbrellas for $80 (normally hundreds).  I didn't quite believe it and neither did the sales person.  We both thought that someone must have put the wrong price label on it.  Turns out that the manufacturer decided to change the box it comes in from blue to green.  I quickly said that if he had another one, id take it and sure enough on the very top shelf was one more blue box.  I do think that my veggies are quite spoilt, don't you?   I haven't had them up since but come those 40 degree days in a few months, ill be all set.  I just need to set up a little table with some iced tea and put my feet in a bucket of cool water while i sympathise with the veggies about the hot weather we are having. 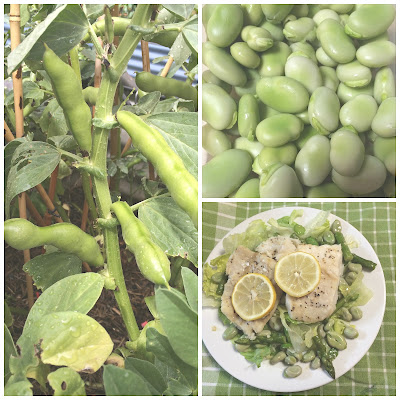 I don't like broad beans but I've grown them for the first time for Rob.  I'm pleased with the OOO's and ARGHH's i've been getting from him.  With memories of large grey thick skinned beans the size of boulders, I've been picking the pods just before cooking when they are only about 15cm long.  This meal was a salad of fresh asparagus and broad beans lightly steamed then tossed in a little garlic and butter and placed on a bed of lettuce.  I've served it with whiting oven baked in foil with lemon and pepper.   Nope, still didn't eat it! 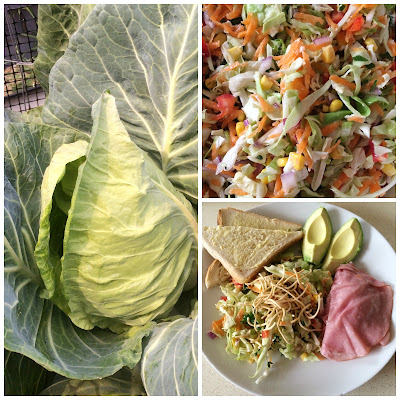 There is nothing sweeter than a coleslaw from a just picked cabbage.

As you can see from the top picture, my lettuce bed is gloriously full of a variety of leaves to pick at any time.  I have no success with Ice-berg's or Cos but a sprinkle of mixed lettuce seeds in any available space means a constant supply for salads.

My garden futures include plenty of tomato plants.  Since i had such an abundance last year i got a bit lazy and just let them lay where they fell.  There are a gazillion baby tomato plants coming up in all the beds, even those that didn't have any. 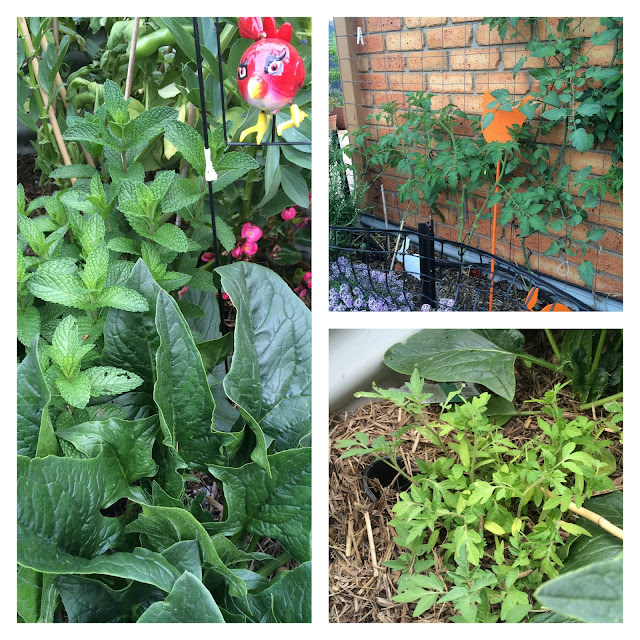 This dark leaf spinach is fabulous on a pizza, on top of sauce and hidden beneath the other toppings.  I'm really finding that I'm having alot more success planting things all over the place.  Those who remember my first season would laugh. All those straight lines.  Trouble is remembering where i put things.  I had this terrific tomato the other day and kept one in my pocket until i could race outside and put it in the soil.  Now i cant remember where that was.  Oh Dear.  Thank goodness i only have 8 small beds.

Have you noticed that the supermarkets are getting savvy to all of us complaining about veggies being uniform and their food wastage.   There is a lot of money to be made from "greenies" who put their principles before their $$.  A new range of packaged veggies have appeared.  I really did have a laugh at this one. 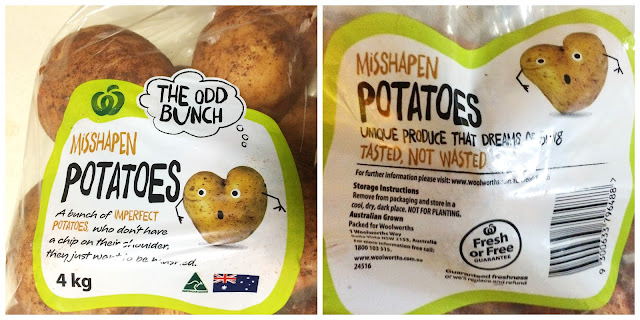 On the front it says "A Bunch of Imperfect Potatoes, who don't have a chip on their shoulder, they just want to be mashed".    I noticed similar packaging on a bag of wonky carrots.  It appears that being slightly bent or a bit wobbly is the "In Thing".  I knew i only had to wait a while to become cool. 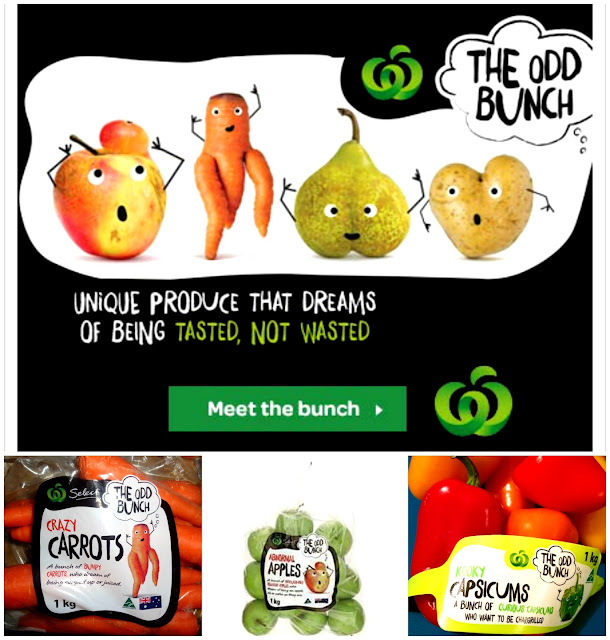 While I'm at the supermarket, there have been some great specials lately that have provided plenty of opportunity for stocking up the freezer with veg.   You have got to love asparagus season.  I cannot eat enough of fresh asparagus.  Its appearing in all our meals. 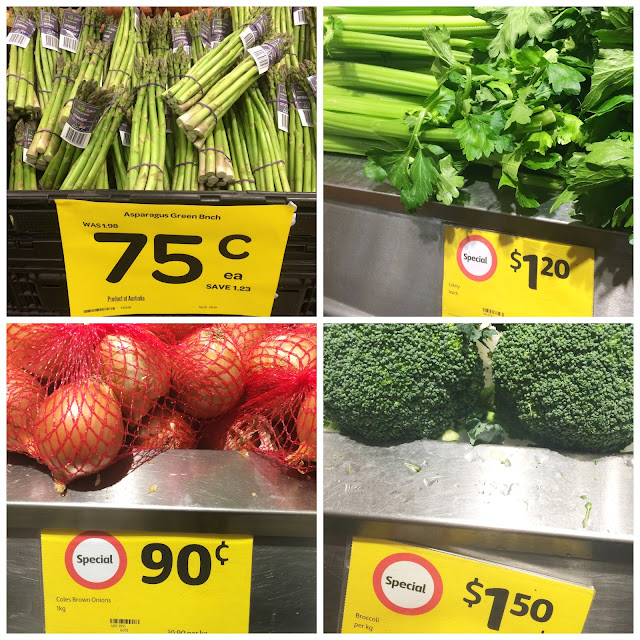 Sometimes i hear a little voice that says "why would you spend so much time and money trying to grow it yourself when you just have to wait for it to be in season and buy it cheap" - well it would be in season anyway if you were growing it DOH.  I answer that little voice  (sometimes its me, sometimes its my long suffering husband) that i know what the soil was like that it came out of, i know what was sprayed on it (nothing much), i know when it was picked and because .........  it feels really good to put a plate of food on the table that includes some of your own produce.  That's why!

Speaking of meals on the table, this was tonight's.  Yum Yum   Oh and a few for the freezer. 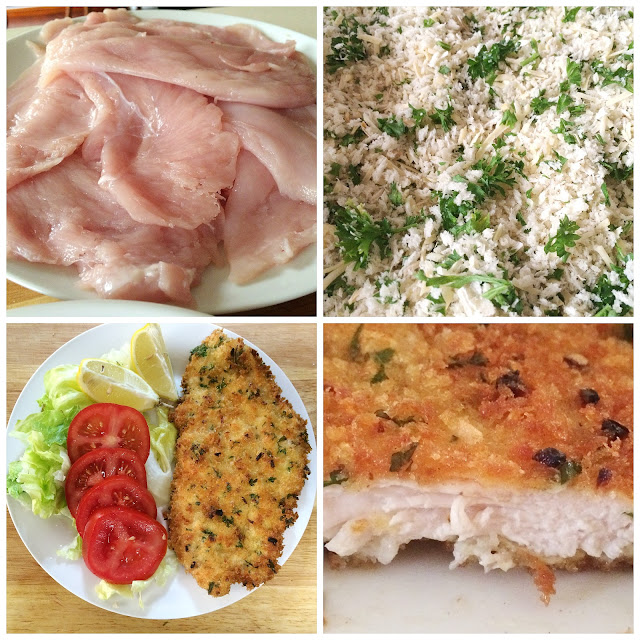 After splitting some breasts and giving them a good bash, I dusted them in flour, salt and cracked pepper. A quick dunk in an egg wash and then i crumbed them in panko (Japanese bread crumb) with added dried onion flakes, Parmesan cheese and chopped parsley (mine of course).  Shallow fried until golden in olive oil and butter and then place on paper towel to dry.   Now that's a real chicken schnitzel.

Our quest to "find" Doris (my MIL - see previous post here) continues and she has now been introduced to the game of  UNO.  No joke, she had never played.   I had a Monday off so joined my sister for a day at Doris's home. We laughed ourselves silly as usual and after a light lunch sat down for an afternoon of cards. I think she felt quite cheeky making me pick up 4 with a wild card several times.

There is no getting out of our Escape to the Lakes with Doris in Feb now.  I've booked and paid the deposit on a 5 bedroom home in Lakes Entrance.  Five!  That's right, I've invited a couple of others and there will now be 5 women in our 50's and one 82 years old, so she had better get ready to keep up! 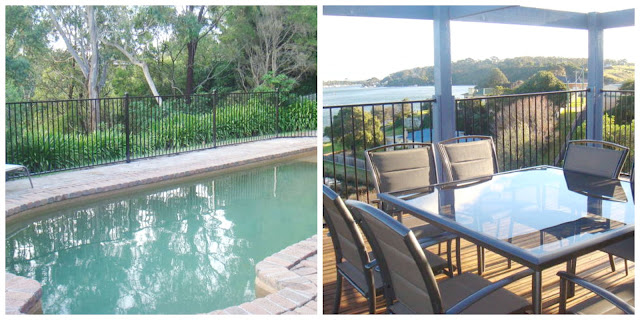 This pool and that table have my name written on it.  Oh, and Glenda's, Kerrie's, Helen's and DORIS!!! Seriously this is going to be a relaxing holiday with dips in the pool (private thank goodness),  books, great coffee and lots of laughter.  I cant wait!


Thanks for Visiting Living In The Land Of Oz
Posted by Unknown at 04:18