Did You Know You Were Missing?

Seriously, did you know i couldn't see you?  Blogger had a glitch worldwide and i and many others were only seeing one blog post at a time in their reading list.  So if you didn't pop up then i missed your post.   When i had time i would trawl through and open every blog on my list in the hope that you had posted something new, but many of you seem to be as slack as me and haven't written for a while.  Anyway, they have fixed their problem and you have all returned to me.

Its been a busy month and apart from a few link posts (which no one seemed interested in)  I've been pretty quiet on the blog scene.  I know my readers are probably thinking "and its been a blessing too". Ha Ha  I'm also told that its blog suicide to stay away too long but i do what i can. My right elbow (I'm right handed) is still aching and I'm having acupuncture and physio twice a week (I'm paying for his "beema" I'm sure). I've now reached 12 in grip strength which, having started at 4 post injury three weeks ago, is on the improve.  My weaker left hand averages 40. 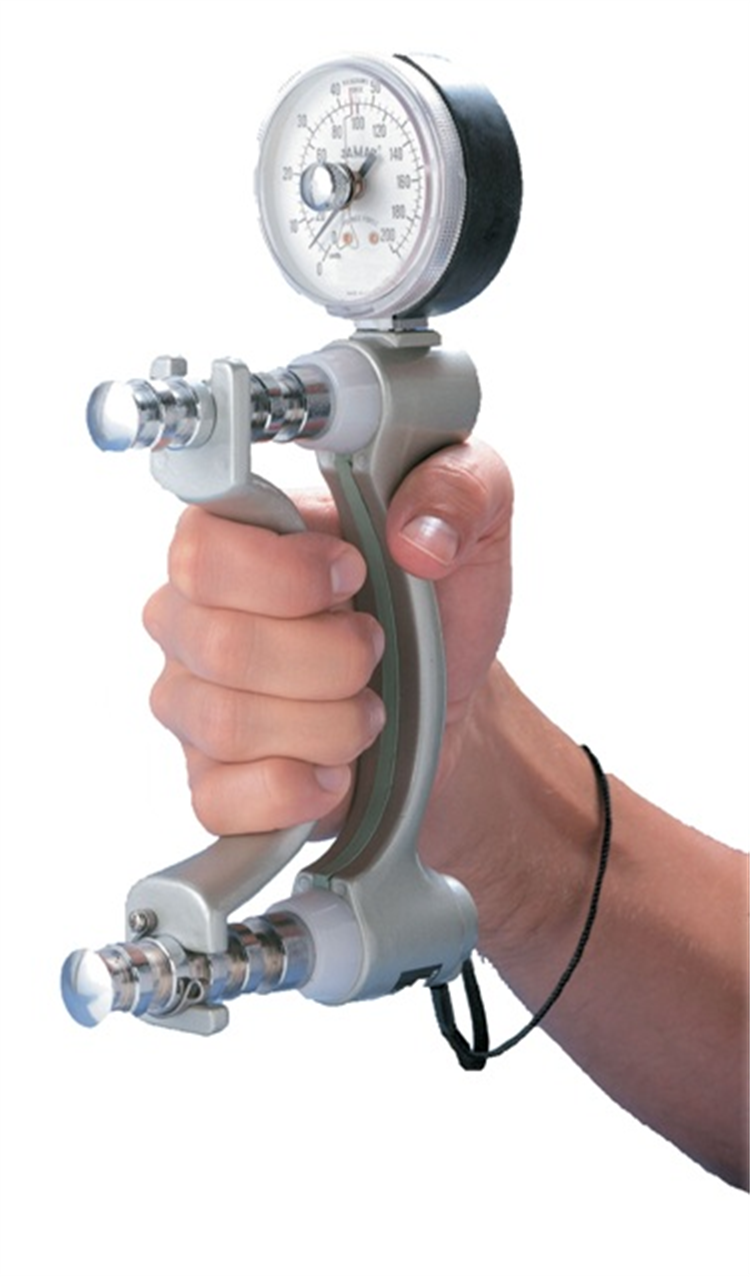 I must be accident prone at the moment because I've torn my groin this week as well.  Honestly, have you put an icepack on your inner thigh lately? Neither have i, its too cold.  You really have to picture this one. When i leave the office I'm usually the last and so i flick the switch for the door in my office and then bolt out of the room, through the foyer, through double glass doors, down steps and then scoot under the lowering roller door (its not a big distance actually). Usually its just a little bend and I'm under, no problem, I'm short. Wednesday, i paused to turn some lights off and kinda ducked without thinking and it was much lower (I'm sure it goes faster in the second half) and rather than hit the concrete with my hands full of bags i did this sideways twisty move which saw me struggling to stand back up. Something had to give and that was a muscle in my groin. I'm not the right build for limbo, believe me.  I think the problem is that i act and move like someone much lighter than i actually am.  You know how you have that picture of yourself and your abilities and it in no way actually matches reality? I'm more your wrecking ball kinda gal (no reference to the song or video clip at all) and not your tennis ball type.  I do damage when I move.  I mean, in my mind I'm invincible but perhaps I'm also just a little stupid sometimes. 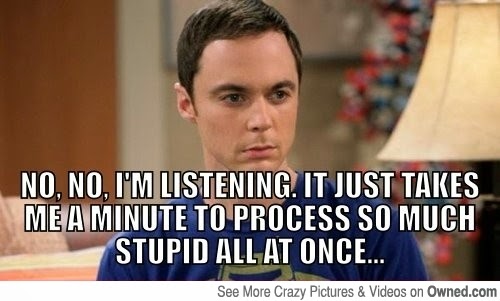 Its a cold wet Sunday and I've already been out, got wet, and I'm slowing drying out so what better way to pass the day than to share some of activities through the last month.  Its an excuse to unload some of the photos off my phone as well.

The big news is that this week Hubby secured a good job as an Electrical Technician. He'll be doing lots of programming and networking which is right up his alley.  He's spent the last three months recovering from surgery on his foot.   With so many Electricians out of work (1000 put off in the last six months) we were all a little afraid that his age and his workplace injury might go against him. Its sad but that's reality.   He put in an application not thinking anything would come of it but hallelujah, it paid off.   He was one of only two interviewed out of hundreds of applicants and he found himself an employer that appears to consider 35+ years industry experience a bonus but also appear to be on the same wavelength with regards to work ethics and treating people with respect no matter their position. For example, his boss saw him standing up working and asked him if he would like a stool, and then went and got it for him.  Sounds like such a simple thing but Hubby has been used and abused by his employers now for several years and has become very gun shy.

His new employers are not labour contractors that treat their Electrician like units, nor do they have a culture of drinking, footy and smoking clubs outside whilst the non-smokers do the work.  In fact, they are in the same age group as him and appear to be just as big nerds as he is (sorry Hubby).  Hubby enjoys talking techo with the Engineers and was very happy to find a Silicon Chip (his bible) on the lunchtime table. 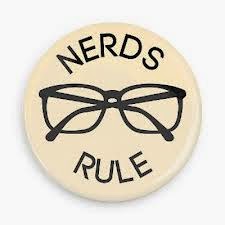 He started Thursday this week having got special medical clearance and flies to sunny Cairns on tomorrow morning for 8 days. Its a bit of a shock, really, and none of us were prepared for this a week ago.  So we will just adapt. I think Tom will find it hard not having Dad at home.

His foot is not really a 100% but it not going to be when they have severed the plantar fascia tendon to only leave 10%.  He's bought the best boots he can find.  Did you know you can get fibreglass caps instead of steel caps which meets the Australian Standards for safety boots.  You buy them (ascent-delta-black) from Athlete's Foot and they are much lighter.

Its cold and wet in Melbourne so I'm sure he can manage the 25 degrees Celsius average in Cairns in Northern Queensland. 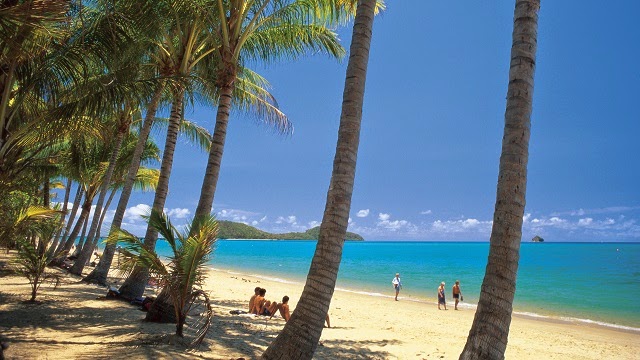 My gardening projects have been a bit on the back burner and apart from almost finishing the sleeper frame around the new grass area we haven't done too much. The stump from the tree we cut down is directly in the path of the framework so we have to wait.  Since it looks like Hubby is going to be away often and id like him to be relaxed when he is at home, I'm going to have to hire in some muscle.  Craig (Edible Gardens), I'm thinking of you, so expect a call.

One of the ways to get my men interested in gardening is to give them some toys. Having downed the tree which was about 4m tall with Hubby's baby electric chainsaw, I bought a mulcher, normally priced at $279 at Bunnings, for only $99 on Gumtree.  Less than an hour later it was in my yard.  It had only been used once for a small hedge and was as new. 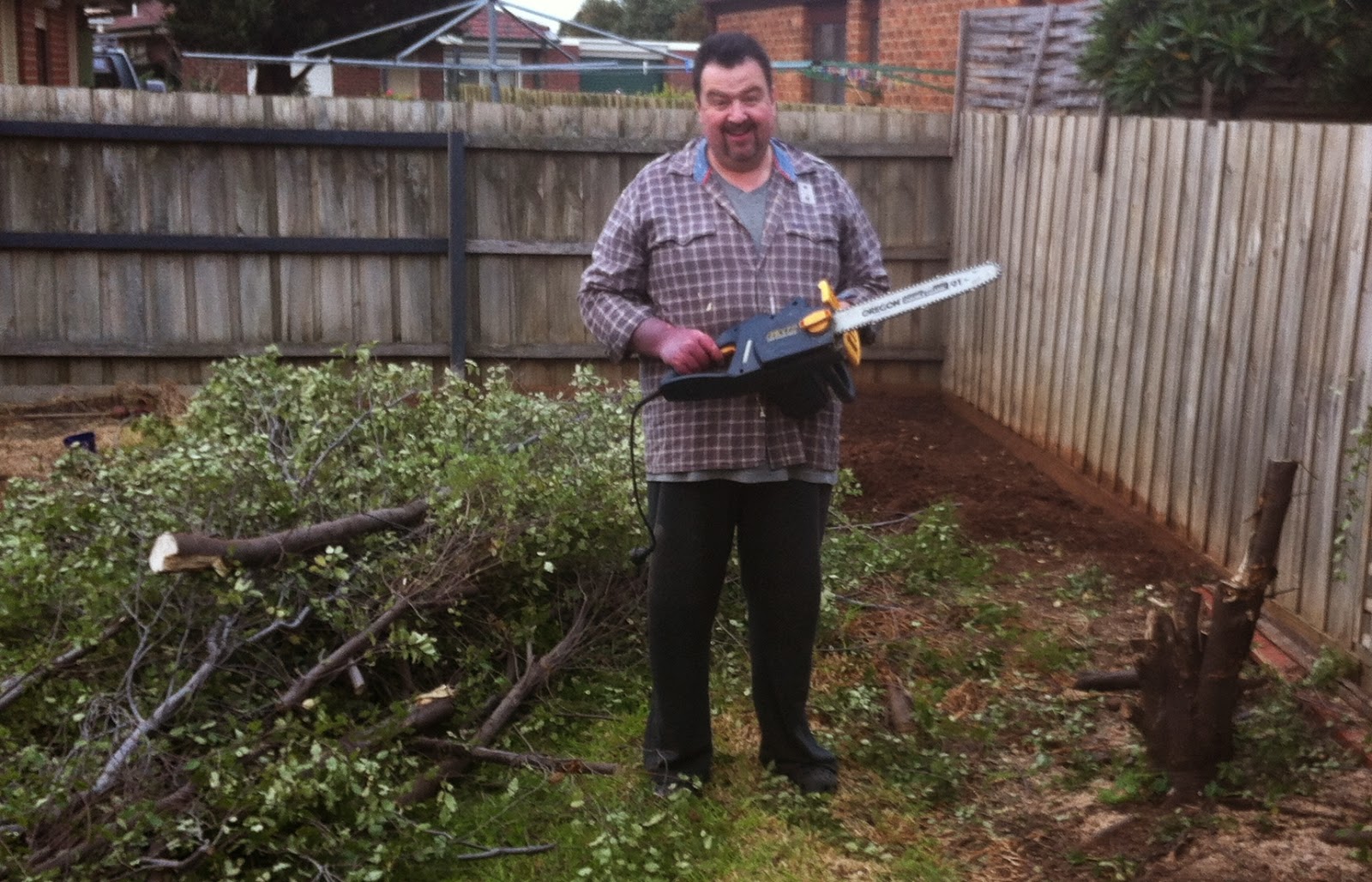 Since we have a large deciduous tree in the front yard that puts leaves everywhere we also bought a blower vac which makes really great mulch. I've got a question to ask that I've always wanted the answer too.  Why would you ever blow stuff everywhere when you could vac it up and then just empty the bag where you want it?

Spending time with the salesman in the garden tool section (an older, real tradesman who knows his stuff) he told us that the $39 blower was actually a better model than the $79 one which was an older and less efficient machine.  He also spent a lot of time teaching Hubby all things chainsaw related and offered to take his blunt one home to be sharpened for $5.   I was pretty impressed with the lovely mulch the blower vac made and i spread all around the veggie beds.  The worms are going to love me.


Speaking of leaves, buried under said pile of leaves in the area under our power box and near the gas meter (usually a dead area) i found a crop of Jerusalem Artichokes which i threw in there ages ago.  I haven't attended them at all. 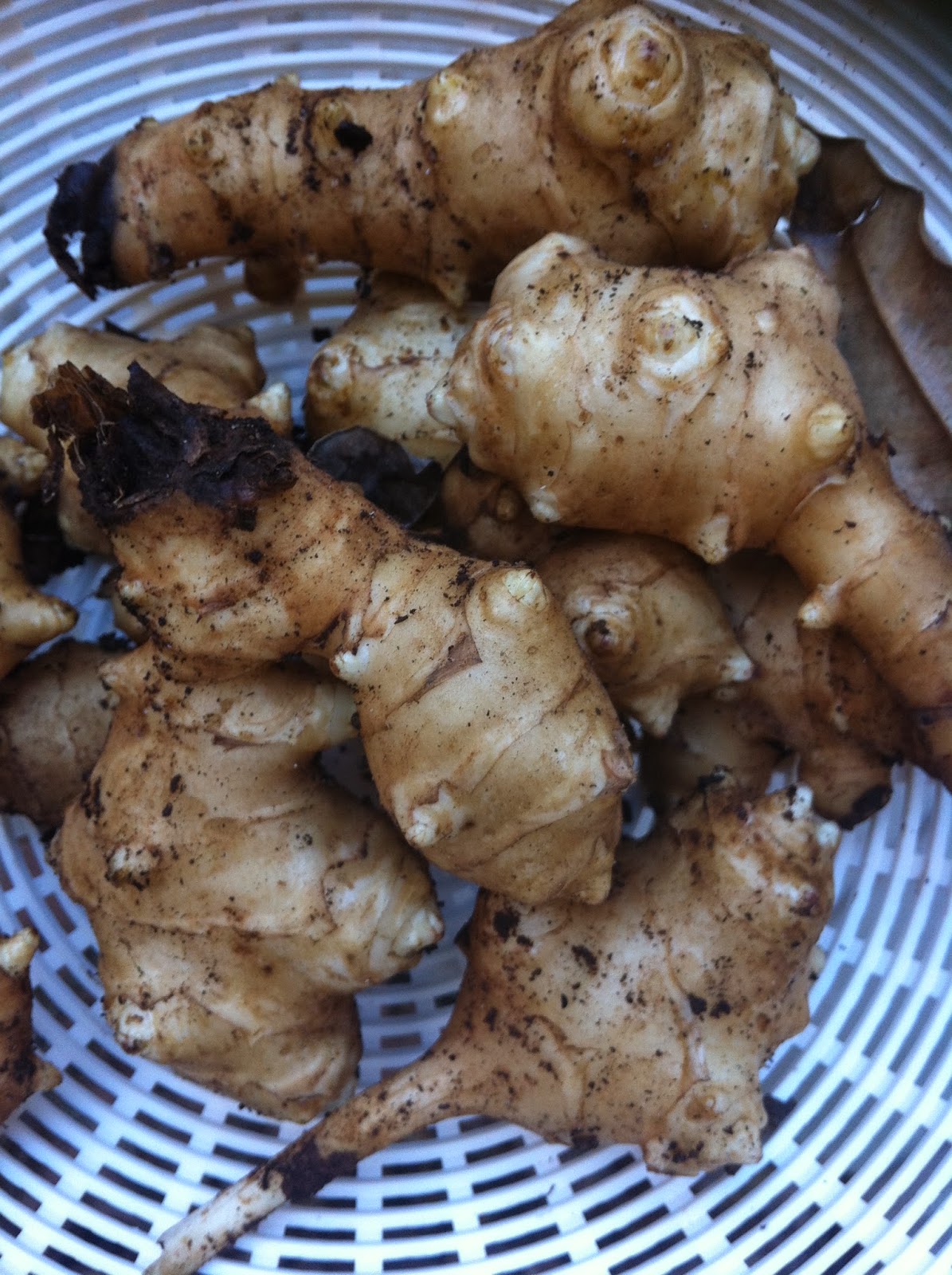 I have managed to put some seedlings in and sprinkled some beds with lettuce and radish seeds and transplanted some of my herbs from a bed that needed filling. A couple of weeks later they seemed to have survived.  We have had some ferocious wind storms lately and I'm grateful that the soil level in my beds is about 20 cm from the top and so the small plants were/are protected.

My leek babies have been "tubed"  not only to protect from munching things but also to blanch the stems. Ive split the tubes lengthwise as well so they can be removed but also i can add another section on top when they start to grow.  By keeping the stem in the dark (blanching) i will get long white sections of stem on the leek.  Its an experiment i hope works and it was just scrap pipe from behind the shed.

The watch that i won from a competition on Greening of Gavin arrived from the US.  It is beautiful and so light that you hardly know that it is on.

This is the link to Jord Wooden Watches - great gift for "eco friends" who already have all their garden items.

The whole time I've been typing this Tilly has been asleep on the desk between me and the keyboard.  Time to move and go help my Hubby pack for a week away.


Thanks for Living In The Land of Oz