Can i give them back now? 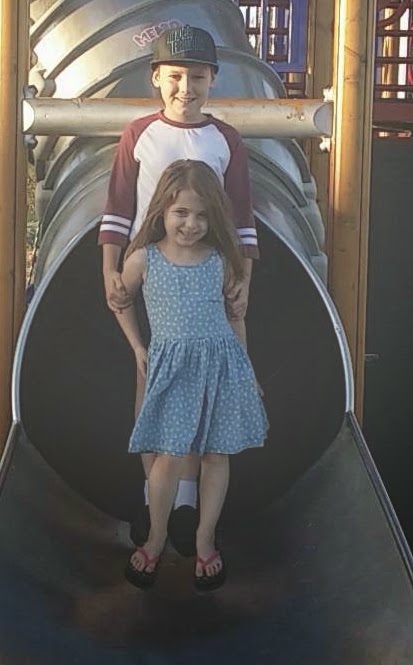 Only joking, but goodness I'm exhausted after having two children in the home for three days.  Literally "in the house" due to the extreme heat outside.  A 9 year old boy "technically" 10, I'm told, as his birthday is in Feb and a hypo 5 year old that has kept us on the move from the time they wake up (early) until they literally pass out after bath time. I promised Maison I wouldn't publish the photo of him and Chelsea in the bath, covered in lemon scented bubbles.  I guess we are not use to having kids in the house any more.  Tom is "technically" 18 as his birthday is in Feb (don't laugh, i get this all the time) so its more of an adult household. I love these children to bits and think of them as my pretend grandchildren. They belong to Bell (my niece) and my sister Glenda but they are in the first week of a new business venture and really needed the time to settle in without the kids in tow.  I'm back at work tomorrow and so i could really only give them this week.

I am thankful that my bestie's daughter, Mirandah came over several times to play with the kids.  She has known them since they were babes and now that they live on the other side of the city, visits are far and few between.

Maison is Type 1 diabetic, which is no problem as he monitors and injects himself and throughout his visit he was getting great readings.   I had to keep a few foods for highs and lows but generally they were not needed.  There was lots of reading books, dancing around to You Tube clips (I'm pretty good at Taylor Swift's Shake It Up now), the inevitable Frozen DVD and the boys running around with plastic guns.   Hide and Seek inside can get pretty wild as these kids are tiny and can hide in anything.  I was surprised that Chelsea has given up the giggling while hiding and was usually the last to be found.

Special mention must be made of Tilly.  Not only did she keep Chelsea giggling and oohing and arghing but she really demonstrated extreme patience with over exuberant hugs and kisses.  I think she gave as big a sigh as the rest of us when i finally took them home today.

Anyway, helping each other out is what families do, isn't it?


Thanks for Visiting Living In The Land of Oz
Posted by Unknown at 04:37

Email ThisBlogThis!Share to TwitterShare to FacebookShare to Pinterest
Labels: Friends and Family