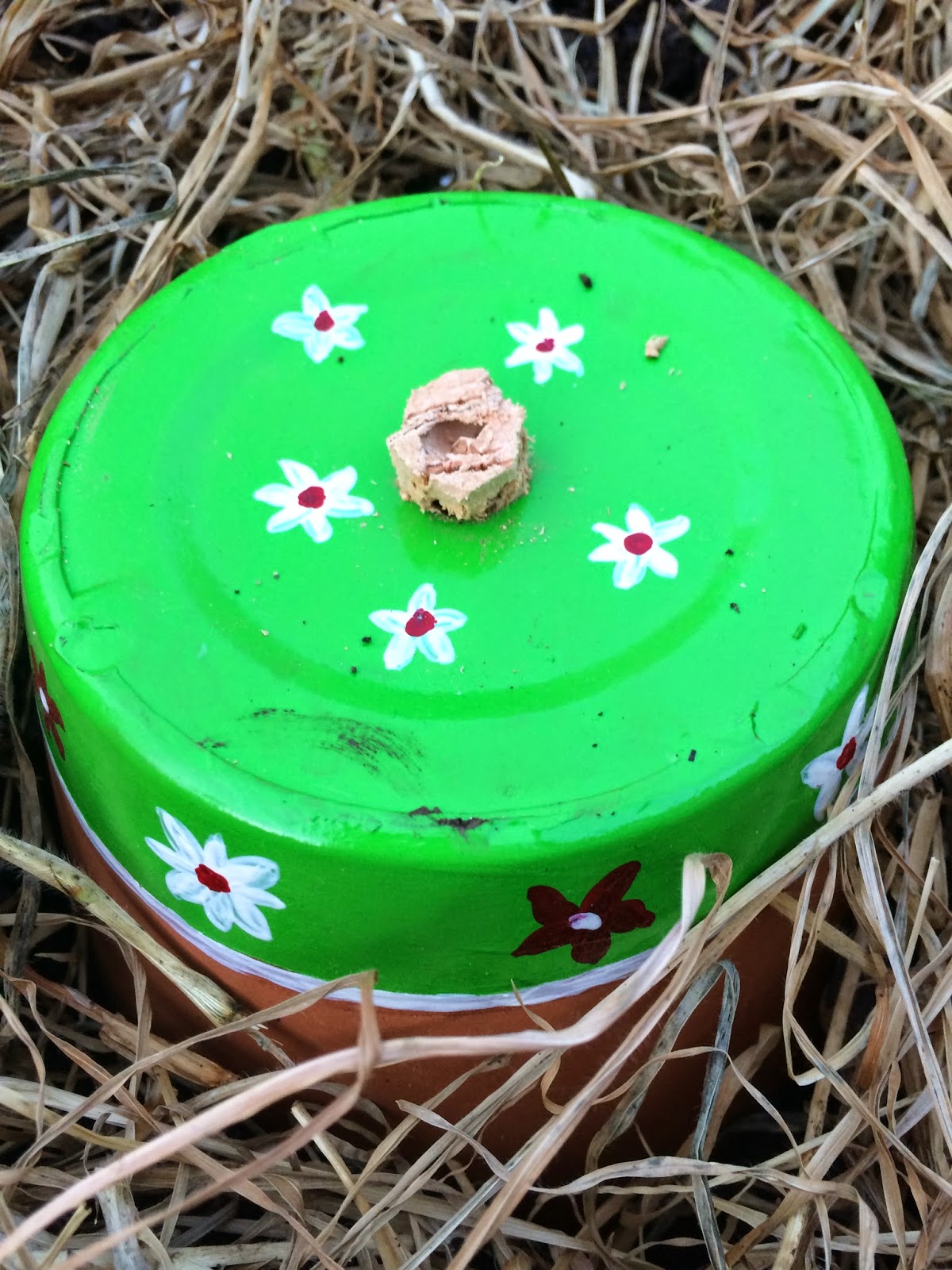 OK, for those who haven't had to sweat it out, the past few days in Oz have been scorchers, hovering at 38-40+C (100+F) and even over night staying at 27C, and that's down south in Melbourne. Panic set in on Friday, as this was accompanied by gale force northern winds (i told my Mum up north to turn her fan off) and everything in the veggie garden was flaccid, including myself.  It was heartbreaking watching my roof high tomato vines that were strong and full of heavy fruit simply falling over themselves.  In the heat of midday poor Rob was tying up vines to give support (they are way above my head even on a step ladder).  I'm afraid i was beyond having a hissy fit, more like an anxiety attack, so he stepped in.  Everything had been well watered it was just the hot hot wind doing the damage.

Since we thought it better to cancel all outdoor planned activities and confine ourselves to the house for the duration, i brought out the craft paints and some recently purchased clay pots for some Olla making.  OK, I'm no good at secrets so I'll just say that i had the pots because i was making Jessie's (rabidlittlehippy) Christmas present (a bit late).   Merry Christmas Jess!


Now these don't exactly look like the beautifully shaped original olla pots below but i know they will work because Nanna Chel from Going Grey and Slightly Green has road tested them already.

The Making of Olla

I would have preferred clear but i used Robs silicon sealant which just happened to be black. This is a strong glue and it must be used outside because of fumes.  Since its in a caulking gun it was a bit like decorating a cake, first filling the bottom hole and then running it around to top of one pot before adding the other (like a piping bag).  A quick wipe with the tip of a finger and it was done.


OK, so here is the history of the Olla.

Ollas (pronounced “oy-yahs”) are unglazed clay/terra-cotta pots with a bottle or tapered shape that are buried in the ground with the top/neck exposed above the soil surface and filled with water for sub-surface irrigation of plants.

Ollas may be the most efficient method of local plant irrigation in drylands known to humanity due to the micro porous (unglazed) walls that do “not allow water to flow freely from the pot, but guides water seepage from it in the direction where suction develops. When buried neck deep into the ground, filled with water, and crops planted adjacent to it, the clay pot effects sub-surface irrigation as water oozes out of it due to the suction force which attracts water molecules to the plant roots. The suction force is created by soil moisture tension and/or plant roots themselves.” (AE Daka – 2001.) The plant roots grow around the pots and only “pull” moisture when needed, never wasting a single drop. 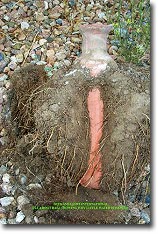 To use ollas in a garden or farm, one buries the olla in the soil leaving the top slightly protruding from the soil (ideally the neck of the olla is glazed to prevent evaporation or it should be reasonable to apply a surface mulch that covers the neck of the olla without spilling into the opening). The olla is filled with water and the opening is then capped (with a rock, clay plate or other available material to prevent mosquito breeding, soil intrusion and evaporation).

I'm thinking of putting these around my fruit trees in the future.

Another way of using this irrigation technique is using multiple pots fed off a main source of water. 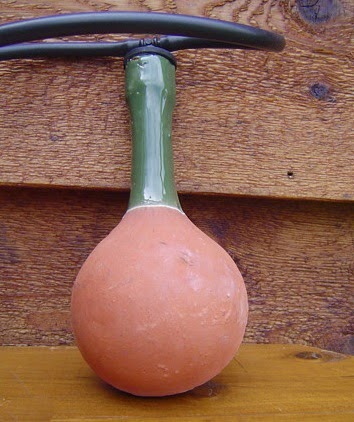 So how did the tomatoes fare?   This photo was taken this evening, which is beautifully cool. 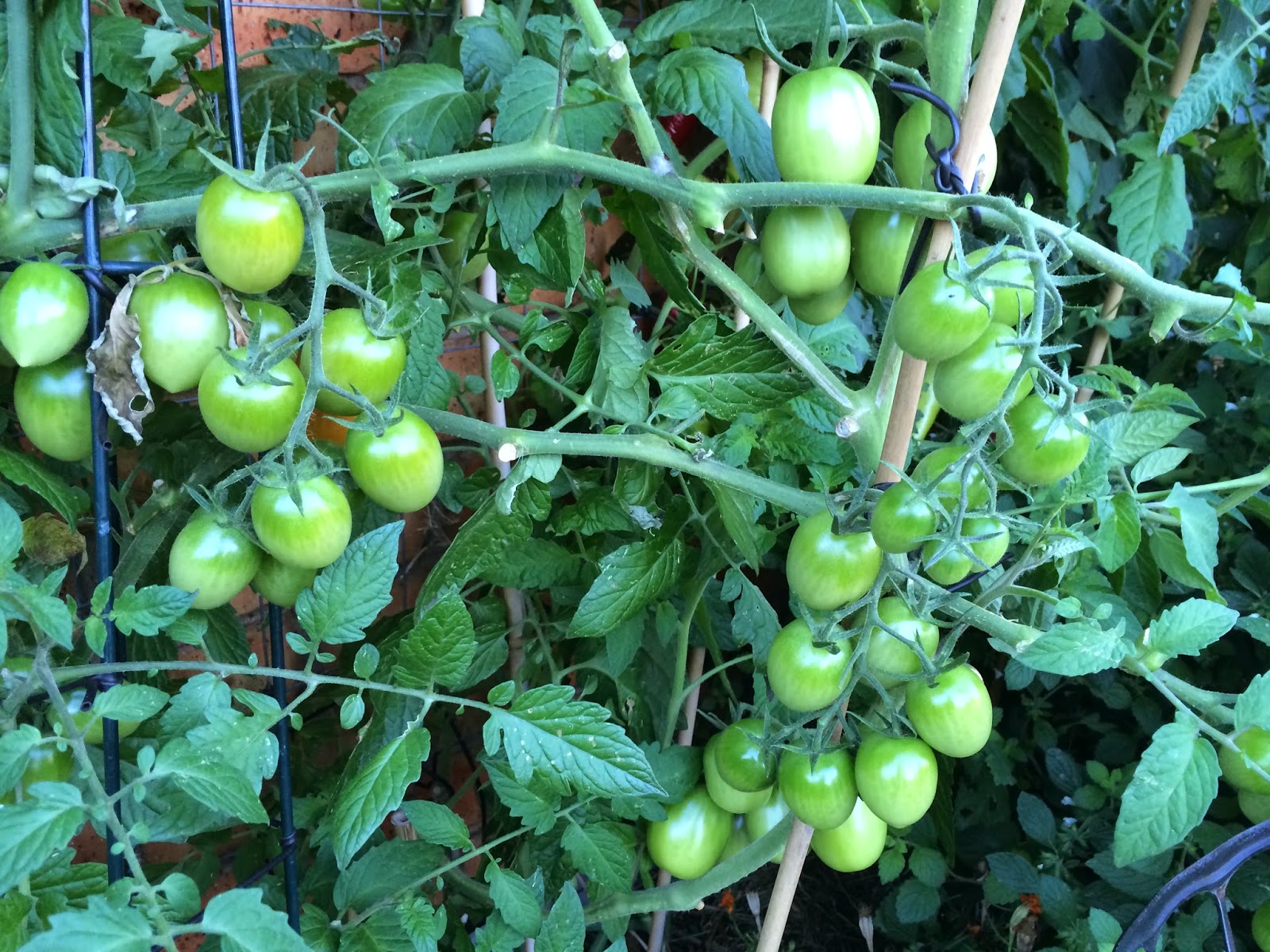 Thanks for Visiting Living In The Land Of Oz